Adera and Ryan are amazingly creative artists that have developed a media company to help businesses and people promote their work. 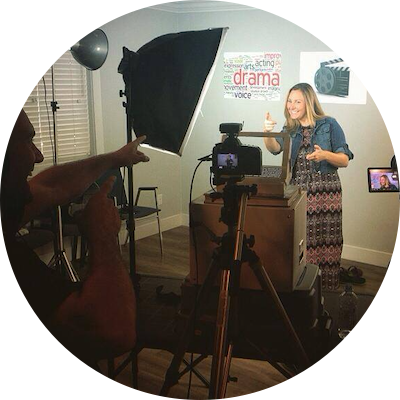 Adera is the Co-Founder, Producer, Director, and Marketing Whiz behind SPIRO Creative. She brings two decades of experience in TV and radio, media development, sales, marketing, promotions, and event leadership. She made her mark on TV as the creator, executive producer and star of the CHEK TV show GOtoGAL and as producer and co-host of the lifestyle travel show West Coast Escapes TV. She also won an award for her Talk-Show called Passionpreneur TV that aired on Telus Optik. Adera has also worked for Rogers Radio, Chum, Corus Group and KVOS TV.

She is also an Author and Speaker, helping people uncover what they truly want and why and become more of who they really are in their business! That’s important work, especially when you want to showcase your true self on video and beyond.

You can learn more about Adera and her best-selling book "Free Spirit" here: www.aderaangelucci.com

Ryan is an award-winning creative director, author, and next-level film nerd. His deep feeling for stories in a variety of media enables him to craft videos that command attention and touch the heart. In 2016, he released Eden Burns, the short film he wrote and directed. In 2017 he published his first non-fiction book, Confessions of a Creative Mind. And is currently looking for a literary agent for his novel. Ryan’s calm, kind-hearted presence behind the camera will set you at ease and help your true self to shine. ​ ​His philosophy of storytelling is that presence and intention do all the heavy lifting. Storytelling is less about crafting and more about allowing; trying to mould something only mis-shapes it. For SPIRO, this means finding a client's story and letting it be what it wants to be, ensuring its authenticity.